skip to main | skip to sidebar

Getting A Good Look At Stuff In A Disposal Field

Well here's another day and another set of issues to consider in my world of the unmentionables. I want to try and put up a couple of pictures to save you all the discomfort of having to read my musings. I hope this will make the discussion concerning the problems with the leach field more understandable for those who have no real "view" of what the problem looks like or what the Pirana System can do to solve the problem. 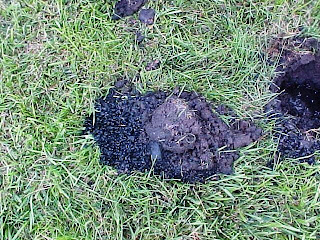 The picture is a clogged leach line in Kansas. You can clearly see the black nasty (and smelly if you were standing there) biomat in the gravel and the soil. If you look closely you can see the black liquid effluent in the hole in the upper right of the picture. This is what eventually happens to every anaerobic conventional septic system leach line and is the primary problem every homeowner faces with these conventional septic systems. They were designed to fail from biomat clogging. 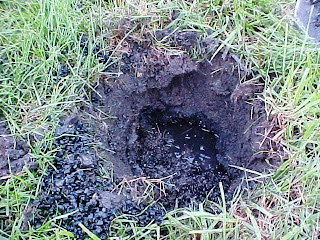 Here is a close up of this wonderful hole in the soil that our septic experts, the septic industry and the regulators think is the way to deal with our "stuff". Obviously Ma Nature isn't impressed and doesn't agree other wise this "stuff" wouldn't be here. 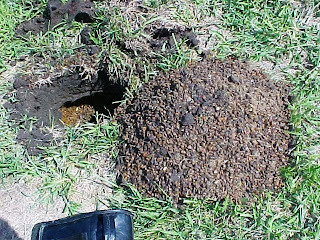 Two months after the installation of the Pirana System this is what the leach line and gravel looks like. Biomat gone and the liquid effluent in the line has been absorbed into the soil. 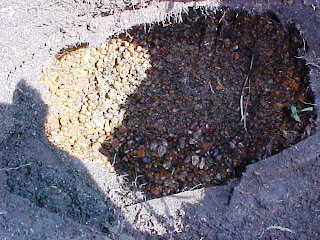 Here's another close up of the inside of the leach line. Not bad if I do say so myself. The Pirana System technology has won the day. The leach lines are working again and the homeowner saved himself or herself thousands of dollars and one hell of a mess in their yard. No more biomat and no more liquid effluent stored in the leach lines. The next picture is a real eye catcher. Its an Eljen GSF unit with biomat accumulated on it so you can see what pure biomat looks like and what is all through the soil clogging your leach line soils up so your leach lines no longer work. 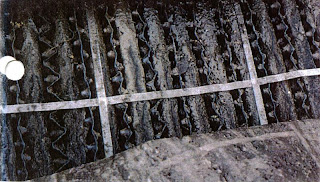 A friend who is just a homeowner who personally saw this had one thing to say, "Nasty". It is just that. This slimey, gooey and smelly biomat is what is clogging the soils and can be eliminated by the simple installation of a Pirana.

I will leave you with this information and see what other surprises I can bring in my next communication.

Thanks for stopping by.

Jerry Fife
I'll make this intro easy. I want to provide another view and understanding of septic systems and the current state of the septic industry in general. I wasn't born with this information. I learned a "better truth" by working with the technology I invented, the Pirana. The Pirana has made myths of most of the accepted axioms and limitations of septic system technologies and the subsequent septic system designs based on them. I know because I have been working on septic systems for 48 years as a licensed general contractor along with other trade licenses including Sewer/Septic contractor. I've been licensed in six states and worked in 20 as well as 14 countries. If one wants to know more about my 73 years on this planet, they will have to ask. Fini!